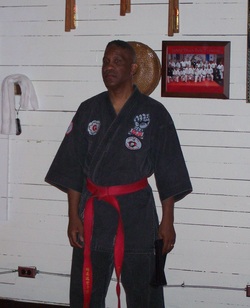 PanAmerican Goju Ryu Karate was created by Shidoshi Sinclair L. Thorne a former student of O'Sensei Peter G. Urban founder of United States of America GoJu Ryu Karate (U.S.A.G.A.). The headquarters of PanAmerican Goju Ryu karate (Long Eagle Dojo) is located in Hinesville, Georgia right outside the military base - Ft. Stewart. It has been operating in the area over 60 years. Its goal to develop highly trained, disciplined, respectable and spiritual Goju Ryu practitioners is the many platform. Training also in founding system of USA Goju Ryu, Aiki Jujitsu, Self-defense, understanding of traditional Goju Ryu from Okinawa and Japan. Shidoshi Thorne is set off in a class of his own with Hanshi Delorus C. Thorne, his wife, known as the mother of PanAmerican Goju Ryu Karate.

As a minister of the Lord, the foundation of Buddhism and Zen was removed and replaced with that of the Bible and Jesus Christ and the customs of his home, Panama. In his many years teaching Karate and also serving as the community pastor, he has deeply touch many lives in a positive way. As a retired high ranking soldier he has trained thousands of soldiers and is well known throughout Ft. Stewart, Hinesville and Hunter Army Airfield in Savannah, Georgia. 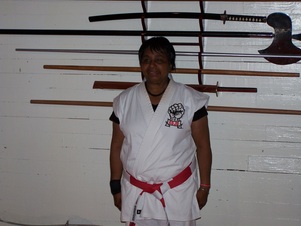 Hanshi Deloise C. Thorne Started practicing USA Goju Ryu in 1972 under Shidoshi Sinclair Thorne to this every day. She hold a 9th Dan in PanAmerican Goju Ryu and a 6th Dan in USA Goju Ryu, with a black belt in Taekwondo. She has been practicing over 50 years and she is also the assistant instructor in the Long Eagle Dojo. In a lot of Goju Ryu families in the 80's few female have every reached the level of (6th Dan). She is recognized as the mother of PanAmerican Goju Ryu Karate standing as an example for women all over the world. 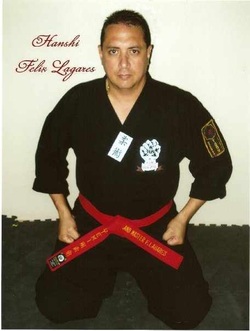 Hanshi Felix Lagares was born in Arecibo Puerto Rico in October of 1968. He started his studies in martial arts with U.S.A. GOJU RYU when he was 14 years old under the honorable Hanshi Eduin E. Ortiz. Hanshi Eduin E. Ortiz is the founder of (Atemi GoJu Jujitsu Ryu) in Puerto Rico and he was a direct student, first generation of O’Sensei Peter G. Urban. Hanshi Felix Lagares has studied with some of the worlds greatest and well know masters, like the honoable - Doctor Moses Powell (Sanuces Jiu Jitsu), Hanshi Titi Basabe, formerly known as Thomas Martinez (U.S.A. Goju Ryu, Sanuces Jiu Jitsu and Sanuces Ti Jutsu Ha) also one of the first 50 Urban Goju Halls in the United States under O'Sensei Peter G. Urban, UGH #22. Hanshi Felix Lagares was appointed as Soke (10th Dan in Atemi GoJu Jujitsu Ryu) by the right hand of it's founder Hanshi Eduin E. Ortiz around the time he went home to be with our God on September 20th 2009. Hanshi Lagares also holds a 8th Dan in (U.S.A GOJU RYU) and is a member of the old and new brotherhood of (U.S.A.G.A.), he holds a 4th Dan in (Dan in Nisei Ju Jutsu) under Hanshi Jose Caban from San Juan Puerto Rico.

In every honorable system or styles of martial arts there is a line of heritage and respect passed from teacher to student, from generation to generation. Hanshi Felix Lagares right hand is the honorable Kyoshi Dalton Santiago, he holds a 8th Dan in (Atemi GoJu Jujitsu Ryu). Hanshi Felix Lagares Dojo is GH#17 under the new U.S.A.G.A. and Goju Ryu families around the world recognize and highly respect his advice in brotherhood.

Soke William Louie is founder of Chinese-American Goju Ryu karate. He has trained with some of the greatest instructors in the world in many systems, Tiger Claw Kung Fu and Japanese Goju. At the age of nine he his family moved to China where he studied Praying Mantis Kung Fu, Judo, Jiu-Jitsu. When he returned to the United States, he started his study under O'Sensei Peter G. Urban in USA Goju Ryu karate. After years of training he was encourage to create his own system and Chinese-American Goju-Ryu was born. Founded on traditional philosophy from Chojun Miyagi the creator of Okinawa GoJu in 1930. Chinese-American Goju Ryu incorporates Aikido and Judo techniques that makes it a very effective system of martial arts. Soke William Louie is a fourth generation of GoJu Ryu, 1 - Hanshi Chojun Miyagi (1888 - 1953), 2 - Hanshi Gogen Yamaguchi (1909 - 1989), 3 - O'Sensei Peter G. Urban (1934 - 2004). Soke William Louie teaches lessons that his students can us in all aspects of their life’s - respect, discipline, honor, self-defense and much more.

He is highly respect internationally and nationally throughout the United States, Japan, China and the martial art world. 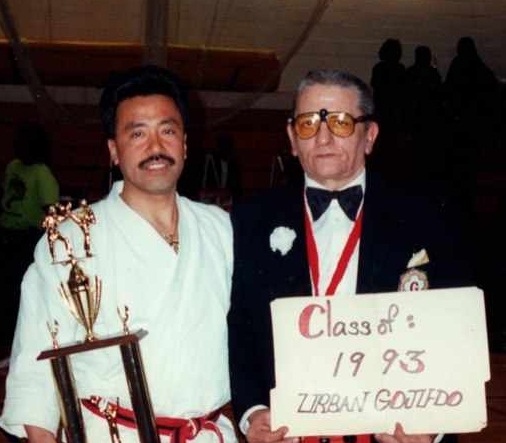