AVAILABLE with Xlibris publishing
(ONLY) 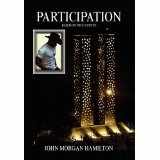 PARTICIPATION (Based on true events) - As a child John Morgan Hamilton was frequently picked on by other children, called stupid, dummy and ignorant because he was a poor reader. Facing overwhelming odds he managed to join the United States Army. There he gained a positive attitude despite what he had endured, learning in his military carrier how to manage departments ranging in from 1.1 to 12.2 million dollars. Here he shows a transparency few author dare to display. From the eyes of a child, a young men facing the world around him, it  short stories with miss-spelled words, horrible grammar, un-finish paragraphs. you get to experience the frustration of a Afro-American child prodigy, trapped in the world willing to crush his dreams. Within every chapter, on every page, there is a lesson to learn - a positive message to pass on. A child who once was called Educationally Mentally Retreaded, steps out and does the impossible.

Read and feel his pain, witness the photos and his abilities as he single handedly creates a prototype park project like nothing in American history. One of the greatest projects ever imagined to honor our nation, the Victims of September 11th, 2001, the United States Military (Army, Navy, Marines, Airforce, Secret Service, Firefighter, Police Officer, State Troopers, FBI, CIA and ATF and so many more. There will be an attempted by people, companies, organizations claiming to be the first, build off part of what your going to see here. Yet, that is not true so see for yourself. The park project will also have programs to help fellow American's (Youth Program, Veteran's Program, City Beatification Program and a Senior Citizen Program). Within this book, be the first to experience the making of the worlds greatest park - the Double Light Tower Sculpture (Monument & Memorial Site) Park Project.

ALL WORK; CLOTHING DESIGNS & LOGO's for Park Project & Martial Arts, PHOTOS, VIDEO ARRANGEMENTS, PARK and PROJECT DESIGNS - COPYPROTECTED BY John Morgan Hamilton
IT IS PROHIBITED TO: COPY, PROMOTE, DESTRIBUTE, SELL ANY ITEMS OR PRODUCTS WITHIN THE ENTIRE CONTENT OF THE - DOUBLE LIGHT TOWER SCULPTURE (MONUMENT & MEMORIAL SITE) PARK PROJECT. TO INCLUDE ITS CLOTHING PRODUCTS AND/OR LOGO, AND MARTIAL ARTS LOGO CREATED BY JOHN MORGAN HAMILTON. ALL THRID-PARTY's, PERSON OR PERSON's, COMPANIES, ORGANIZATIONS, AND/OR ANY BUSINEES TRNSACTION ARE PROHIBITADED WITHOUT THE LEGAL WRITTEN CONSENT BY JOHN MORGAN HAMILTON AND HIS ATTORNEY.
http://www.youtube.com/JMHamilton1   Videos
http://cafepress.com/JMHamilton1  Clothing Line & Logo (This website ONLY shows products - active for a limited time) 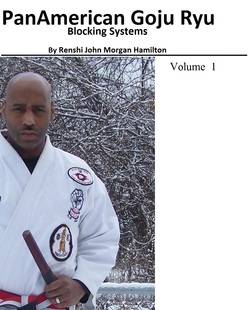 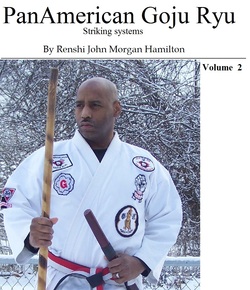 Learn the true meaning "A Block is a Strike & A Strike is a Block". 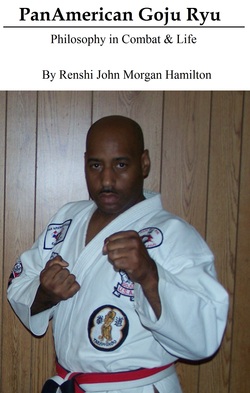 Renshi John Morgan Hamilton gives his philosophy on from the view point serving in the military with a life style training in KarateDo. Each chapter begins with a poem reflecting part of military service and life style as a man of color. He managed to find a sense of inspiration within some very dangerous situations. A man trying to understand the world around me, a master in KarateDo trying to honor his teacher, a soldier always on the edge of war with corrupt individuals in the Army Reserve. Lessons learned from his Sensei helped him maneuver his way to retirement but not without suffering great losses, scares and pain. Scares from relationships and people closest to him and a levels of betrayal most people never recover from. The philosophy to hold once anger and the philosophy to let once anger loss, is a burial mentally on going battle.

Philosophy on the difference between real success and fake success helped Renshi Hamilton reach a positive state of mind to achieve his personal goals as a Man, a master in KarateDo, as a soldier of War. Learned how to believe in you when no one else will. 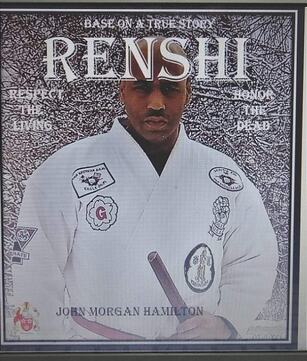 (Respect The Living & Honor The Dead)

Based on a unforeseen journey, a child dreaming of becoming successful, a teenager dreams of  becoming respected, and a young man dreams of being loved. That and more happens without him realizing he became a great man of KarateDo. The hidden fighting techniques of kata are called BUNKAI. A student in KarateDo is promoted to the rank of RENSHI, not knowing the true meaning of the title. In Japan RENSHI means polished teacher. Uncover untold stories, untold parts of history most people do not know. A young man realizes a true blessing that laved his life, a blessing as part of one of the great families of KarateDo, called Goju Ryu. A horrible heart wrenching story so shocking, it would make the strongest person break down in despair.

Every sense the dawn of time, practitioners of karate have always reframed from combat. Yet, they train everyday to master their skills, praying to never have to them. An oath passed down from teacher to student deeply rooted in spiritual beliefs and the battle of combat. Understand the mind of a person learning to respect all life with the skills to take life with in a simple touch.  A person coming face to face with the ugly face of racism, a true practitioner of KarateDo, a true warrior of God, a soldier of war. Where he must use everything he has learned to survive. A trained soldier with many talents finds himself in a fight to keep his carrier. Surrounded by bad individuals serving in three Army Reserve company, his guards are always up for who is going to come after him next. Discover how a active duty Sergeant deals with discrimination while always doing the right thing in todays society where people would have you believe white supremist groups have not infatuated some unites in the the Army Reserve.


Embarks a journey where a boy becomes a young man, a young man becomes a soldier, a soldier becomes a leader, and a student of karate becomes "RENSHI".

Inspired by Movies "BLACK BELT", "RED BELT", "WHEN WE WERE SOLDIERS", "WINDTALKERS", THE PURSUIT OF HAPPYINESS" and "MEN OF HONOR".