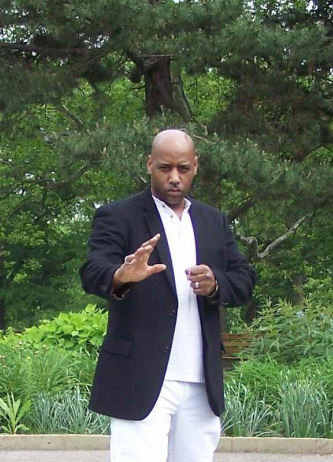 I would like to thank you for checking out my website. Many of you may already know me from the martial arts videos and project videos that I have posted on my old website YOUTUBE channel , I no longer use - (http://youtube.com/JMHamilton1) or my clothing martial arts logo's and my DLTS  project clothing logo on (http://www.cafepress.com/JMHamilton1). I hope you enjoy the upcoming changes I will be making to the clothing logo website. Most of my updates can be found on my FACEBOOK website under my name - John Morgan Hamilton.

I retired from the military in 2010 (PARTICIPATION by John Morgan Hamilton - Based on true events) that was available in both Barnes & Noble and Amazon.com (Mostly SOLD OUT). Please enjoy the rest of the information on my website. If you have a desire to learn a system of karate from Goju Ryu, PanAmerican Goju Ryu & USA Goju Ryu then look for my published works to start coming out in 2021. I was hoping to have them out during 2020 but the health pandemic changed that. I hope my books inspire you to learn any form of karate.

Here is a very short story about me most people don‘t know. As a child I was picked on by other kids. A teacher once told me that I was not going to do anything good with my life and I was most likely going to get involved in crime, drugs or end up in jail. All because I was a very poor reader. I didn't get good grades in elementary or high school because I didn't like school. Even with a supporting mother and father, my future was bleak and statistically the odds were not in my favor. I was labeled (Educationally, Mentally, Retarded) by the Cleveland, Ohio school system. At a young age I made up my mind to not let anything stop me from doing what I wanted to do in life, karate helped me do that. What I learned from studying karate helped me in achieving so many accomplishments in my life. It empowered me with a desire to work harder than everyone around me just to make my dreams come true. I created this website over 20 years ago to promote the art of PanAmerican Goju Ryu karate and USA Goju Ryu karate. Through the teaching of karate people have learned how to control many emotions like anger, violence, peer-pressure, depression and  low self-esteem. Learning for self-defense, anxiety, fitness & exercise where they gained self-discipline over improper eating habits, negative behavior problems and more. Also within these two karate systems there is a strong military presents, strong values because the founders both served in the military. In the pass 10 years a lot of things have changed and with that, the updates in my website. This website was first used as a source of information only, for the history of USA Goju Ryu Karate and PanAmerican Goju Ryu Karate, and published works and video's. I will not be opening a Dojo yet, I will teach within a very different capacity (FREE).

I will continue to motive, promote, advocate the teachings of karate and the spreading of USA Goju Ryu karate and PanAmerican Goju Ryu karate. I will also continue showing how my determination to be a positive person in order to help others while publishing my autobiography. And my personal success story while facing negative people and bad individuals. When I was in the military, I always advised soldiers on being or becoming a better soldier. To some I would say “Let no ones perception of you become your reality” and if they wanted to become successful in anything in life, then that would be the time for them to ask themselves “How bad do you want it". People will always have their own perception on who they think you should become but others perception of you don't matter. Only your perception of you matters the most. If there's something you want to achieve in life then again, the main question you must ask yourself is “How bad do you want it”.  As a child I was called names; Karate Sidekick, Hong Gone Foey, Stupid, Dummy and some names I will not repeat. With all the negative things I had to face growing up, I learned how to channel them through learning karate. I learned how to take my pain and drive harder toward my dreams, even when the people closest to me didn't support me. When I started learning karate, others laughed at me, when I said I was going to join the military, others laughed at me. When I said I was going to write a book, others laughed at me. And when I said I was going to become successful, again others laughed at me. Now take a close look at me now - WHO LAUGHING NOW....

With the changes to my website, I have added a page for the DLTS project I created. This park project will be like no other park built in America, or the world. Once constructed, it will be the only one of its kind in American history that not only honors so many people and their ultimate scarifies. It will help fellow American's as well. I Look forward to the future fundraiser, art shows, and presentations for the DLTS project. Therefore, please check out the NEW page - Double Light Tower Sculpture (Monument & Memorial Site) Park Project. I hope you love and enjoy the changes that have been made. 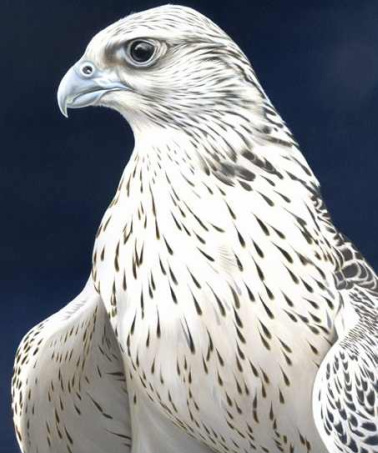 ​The name White Falcon was given to me in the year of 2009 in Webster New York while sitting in the park after praying meditating and practicing Kata. The experience behind witnessing this great bird changed many things in my life. For one, I felt very blessed to have experienced seeing such a beautiful animal. It was a deeply moving blessed and one I will never forget. Once I learned more about this bird and how very rear is, the encounter humbled me entire sprite. The falcon is one of the most beautiful creators of the sky and its skills to survive in many adverse climates has made it a very priced pet to have. In some royal families in India, South East Asia and Sad Arabia. Owning a Falcon present a public status of that family. They are very expensive birds to own. In the United States, next the Eagle, hurting or killing a Falcon is illegal and a person can be fined up to or more than $10,000. The close species to the falcon I saw in the park is the (Gyrfalcon), its burn completely white in color. As they grow into an adulthood, the white is replaced with darker colors. The few falcon that remain mostly white are consider to be birds of pure royalty and touched by the hand of God or Allah.

The word Baaj is Sanskrit in origin. It is mostly agreed this refers to the falcon as opposed to the hawk or an osprey. If the historical anecdotes are to be believed then it is likely that the 'white bird of prey, which the 10th Guru handled was either a Gyrfalcon. The Gyrfalcon is the only white falcon that exists. It is also the largest of the falcon family. Further south this bird is darker in color as well as smaller in size. The Gyrfalcon wingspan can be as wide as 63" (160cm) and it can weight up to 4.6 lb (2.1kg). That gives the Gyrfalcon a very impressive sight to see as very powerful bird. It's food or pray can rang from Arctic Ptarmigan, sea and water birds, and from time to time large ducks or geese. The Gyrfalcon is one of the few bird that can take its pray in "mid air flight", not even the great bold Eagle has the skill to do that. It is also known to catch pray from air to ground, reaching speeds of 50mpr in a dive. Which make it nearly impossible to see until the last moment.
​ 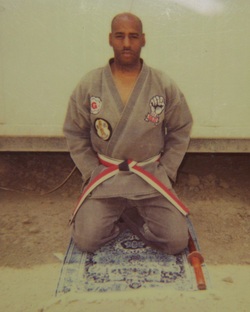 PanAmerican Goju Ryu KarateDo is one of a many forms of martial arts growing in the United States today. It teaches both the spiritual and physical enlightenments of karate and it's connection to a peacful life and combat. I cannot and I will not try to make any claims of ownership to these systems because they were created before me very existence. God has given us all the ability to understand the human body and parts of the human brain. Through the teachings of Karate or karatedo to others, I can only introduce you to the way of USA Goju Ryu and PanAmerican Goju Ryu. It is up to you to apply what you have learned into your every day life. As it is up to you to feed your desires to become success. The name "White Falcon", is a name I chosen for my Dojo within the (Thorne Karate Organization or TKO). Two systems of Goju Ryu I am working on publishing book on, first PanAmerican Goju Ryu karate then USA Goju Ryu karate. Books to be sold from this website  ONLY. Also, my self-motivation books, to includ my Autobiography - "RENSHI" (Honor the Living & Respect the Dead).

Army serving in Iraq
2004-05 (Photo)
While serving in the Army, temperaly assigned to a Army reserve company. Practicing Sunday morning sometimes in 134 degrees heat became a normal because one most alwys train. Mainly after a few military men desided to give me a movtivating reason to stop teaching to a few felmales fearing rape. The outcome from this encounter was not what they saw coming, story in my Autobiography "RENSHI'. The bases of most traditional Goju Ryu practitioners is combative, while praying never having to enter into a combative state of mind. This is a life journey that starts with a teacher, yet ends with the practitioner and their God, Allah.